An effective instrument of India’s national power, Research and Analysis Wing has been always in limelight due to its relation with KGB and MOSSAD. RAW agents are considered as eyes of the king. Working under ‘cover’ and aggressive intelligence are its primary weapon to destabilize the target country.

Mission is, To obtain and report information on the Southwest Pacific area. We aken the enemy by sabotage and destruction of morale. Render aid and assistance to locale efforts in enemy occupied territories. Step ahead for the war against terror.

Established in 1950 for safeguarding Pakistan’s interest, monitoring opposition politician and sustaining military rule in Pakistan, ISI is one of the very well organized intelligence agency in world. Apart from its outstanding structure it is controversial too and once it was termed as state within a state due to its cross-purpose policies.

A lengthy track records of success by crafts of intelligence played in national and internationalpolitics. With specific means available solely to itself, the BND collects secret information which can’t be obtained otherwise. The fast supply of profound information to the political decision-makers.

One of the most extensive technological spy network ever uncovered in Europe and the United States. It is said that the agents of DGSE are not only resourceful but also the coolest cats around….Claim to fame. 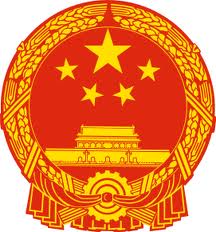 Foreign as well as domestic intelligence agency of China. It’s mission is to ensure “the security of the state through effective measures against enemy agents, spies and counter-revolutionary activities designed to sabotage or overthrow China’s socialist system.”

If you like watching Hollywood movies then you must be knowing James Bond and his fondness of sophisticated guns, beautiful babes and Smirnoff. This British spy agency is popular for its notorious and daredevil agents with a clear understanding of what they are expected to achieve.

Familiar name between kids and movie lovers. We can notice almost flicks of Hollywood suffering from CIA syndrome but in real life epitome in its field. On it’s 50th anniversary, President Clinton said:  By necessity, the American people will never know the full story of your courage. Indeed, no one knows that what CIA really does.

One of the most dreaded player in the game of spying. It lives on the principle of – It is not sufficient to know, it is necessary to react. Their operations are preserved in number of novels, especially their game of cat and mouse with western spies.

Justice is the greatest concern of man on earth. The first thing we do, let’s kill all the miscreants. How can we forget the massacre of eleven Israeli Olympians in Munich Olympics 1972 by Palestinians and after that revenge of Mossad (entitled as wrath of God) in a much similar Hollywood style. Famous for their secret action and acute aim